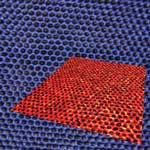 Over the past decade, Atomic Force/Scanning Probe Microscopy (AFM/SPM) has emerged as the leading tool for investigations at the nanoscale - doing everything from imaging, to compositional differentiation, to explorations of molecular forces. But aside from some interesting tweaks, add-ons and repackaging, the field has seen no fundamentally new instruments for several years. For the extremely high-resolution AFM/SPMs, there has literally been no completely new microscope for well over a decade. Enter the new Cypher AFM. Cypher was designed from the ground up with a host of new features and unmatched performance enabled by its revolutionary new design.

Molecular machines: from electronics to biology 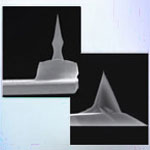 In today's addition to our Application Note series we are looking at the future of electronics and the implications for research instrumentation. We are showing two examples of atomic force microscope (AFM) applications employed in this research. Current CMOS (complementary metal-oxide-semiconductor) technology used for making integrated circuits is constantly being scaled down. These devices will reach their ultimate physical limits in 10 to 15 years. As chip structures - which currently already have reached nanoscale dimensions - continue to shrink below the 20 nanometer mark, ever more complex challenges arise and scaling appears not to be economically feasible any more. And below 10 nm, the fundamental physical limits of CMOS technology will be reached. Researchers are therefore exploring novel concepts for future nanoelectronic devices. 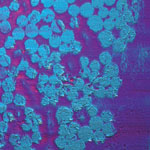 Today, in our Application Note series, we are covering Scanning Thermal Microscopy (SThM) - an atomic force microscopy (AFM) imaging mode that maps changes in thermal conductivity across a sample's surface. Similar to other modes that measure material properties, SThM data is acquired simultaneously with topographic data. The SThM mode is made possible by replacing the standard contact mode cantilever with a nanofabricated thermal probe with a resistive element near the apex of the probe tip. This resistor is incorporated into one leg of a Wheatstone bridge circuit, which allows the system to monitor resistance. This resistance correlates with temperature at the end of the probe, and the Wheatstone bridge may be configured to either monitor the temperature of a sample or to qualitatively map the thermal conductivity of the sample. 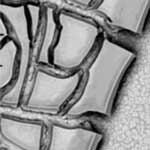 In today's Spotlight we take a look at a specific example of the challenges researchers face in improving fuel cell technology and the important role that modern laboratory instruments such as electron microscopes play in their work. Fuel cells have gained a lot of attention because they provide a potential solution to our addiction to fossil fuels. Energy production from oil, coal and gas is an extremely polluting, not to mention wasteful, process that consists of heat extraction from fuel by burning it, conversion of that heat to mechanical energy, and transformation of that mechanical energy into electrical energy. In contrast, fuel cells are electrochemical devices that convert a fuel's chemical energy directly to electrical energy with high efficiency and without combustion (although fuel cells operate similar to batteries, an important difference is that batteries store energy, while fuel cells can produce electricity continuously as long as fuel and air are supplied).