Back to the future: Belgian nanomaterials register retroactively amended

The Belgian federal government unnecessarily delayed the adoption of the Amending Royal Decree until December 2017 and published it only mid-January 2018. It creates legal uncertainty where it should have been avoided. The Belgian nanomaterials register symbolizes a Belgian exceptionalism in the small world of national nanomaterials registers. Unlike France, Denmark and Sweden, Belgium decided from the very beginning to have three different deadlines for substances, mixtures and articles.

The 'Action Plan Nanotechnology 2020' introduces the Federal Government's inter-departmental support strategy for nanotechnology in the period 2016-2020. It thus pursues the objective of continuing to exploit the opportunities and potential of nanotechnology in Germany, without disregarding any potential risks to humans and the environment. Inn addition to a description of the status quo of national nanotechnology, for the first time after 10 years of inter-ministerial cooperation a conclusion is drawn on the progress that has been achieved from the point of view of the participating ministries, where potential gaps can be identified and therefore the need for action is derived with respect to future activities.

The government of Thailand, realizing the importance of nanotechnology to economic growth, established the National Nanotechnology Center (NANOTEC) in 2003 as one of four national research centers under the National Science and Technology Development Agency. With an annual budget of US$11 million, NANOTEC is the key research funding agency for nanotechnology in Thailand. NANOTEC is investing in nanotechnology as a means of differentiating and adding value so that domestic products can compete effectively.

An overview of the European Union's nanotechnology projects

A new publication outlines nanoscience and nanotechnology dedicated research expenditure in Europe over recent years, in particular via the 7th research framework programme (FP7). It highlights a selection of exemplary projects financed through FP7 that are representative of major research themes, such as nanoelectronics, nanophotonics, nanobiotechnology, nanomedicine, self-assembly, catalysts, industrial applications, energy and environment, tools for investing the nanoscale, health/safety/environment and communication/societal impact.

Nanotechnology-enabled bio-pharmaceuticals are the most innovative and highly specialized alternative medicines for curing chronic diseases. These functionally modified nanomaterials help in early detection of chronic diseases. In addition to this, they also detect the microorganisms and viruses associated with infections. In this article, the authors analyze the immense potential of nanotechnology in India's pharmaceutical and biotechnology industries.

Assessing the early impacts of nanotechnology in China

Nanoscience and nanotechnology have emerged as important priorities not only for science but also for economic development. In this article, the authors propose an analytical framework that considers the socioeconomic effects of nanotechnology in six key areas: institutional development, knowledge flows, and network efficiency; research and education capabilities; industrial and enterprise development; regional spread; cluster and network development; and product innovation. This framework is applied to assess the early impacts of the evolving domain of nanotechnology for development, with a focus on China and its transitioning economy.

Building a European infrastructure in nanobiotechnology 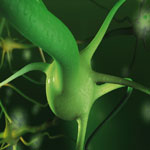 Nanobiotechnology is essentially different in many aspects from other areas of nanotechnology such as nanoelectronics or nanomaterials. It is certainly the most complex sub-area of nanotechnology. Last month, EuroNanoBio - a Support Action funded under the 7th Framework Programme of the European Union - has issued its report on a conceptual framework and a tool box to structure the European capacity in nanobiotechnology. The EuroNanoBio partners explored the definition, establishment and further development of a European scale infrastructure on nanobiotechnology and the associated realistic implementation plan. It aimed at defining not only the key features of a potential European infrastructure in nanobiotechnology, but it has also established the way it should be designed.