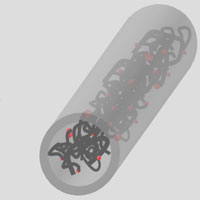 The race is on to develop the next generation of nanotechnology-enabled electrochemical energy storage devices, also knows as batteries. Lithium of course has long been recognized as an ideal material for energy storage due to its light weight and high electrochemical energy potential, as witnessed by the ubiquitous use of Li-ion batteries. There still seems to be considerable potential to further improve the performance characteristics of these Li-ion batteries. There have been many design approaches to creating lithium ion batteries but they usually share common features: The positive electrode is typically a lithium metal oxide, with various metals used such as cobalt, nickel, and manganese. The negative electrode is typically a carbon compound or natural or synthetic graphite. Researchers in Germany have now demonstrated a simple route for transforming cheap commercial carbon nanotubes into highly efficient carbon for electrochemical energy storage applications. When tested as electrode materials for lithium batteries, this composite material exhibits excellent performance over long test cycles. 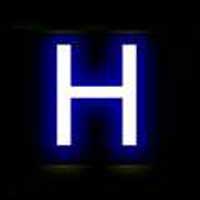 Two of the major challenges of our modern, mobile society are the shrinking of available fossil energy resources on one hand and climate change associated with global warming on the other. Continuing population growth multiplied by the increase in consumption and living standards, especially in developing countries, will require more and more oil, coal and natural gas to 'power' humanity. Notwithstanding efforts like the Kyoto Protocol - which wasn't signed by the two major CO2 polluters China and the U.S. - an ever increasing rate of fossil fuel usage means that the increasing emission of CO2 is likely to cause an acceleration of the climate change that is in progress already. Transportation, in particular passenger cars, is one of the areas where new technology could lead to environmental beneficial change. Never mind that GM is still selling 15-20,000 Hummers a year, or that Tata is planning to sell millions of its new Nano car. One of the much touted technological solutions is to substitute fossil hydrocarbon based energy with the energy from carbon-free sources like the sun, nuclear energy, or the hot interior of the Earth and use hydrogen as an energy carrier. Hydrogen can be produced from water using energy from carbon-free sources and can serve as fuel in fuel cells to generate electricity, either stationary or on board of vehicles. Considerable research efforts are going into the evaluation of various nanostructures, such as carbon nanotubes, to find the most suitable hydrogen storage materials. 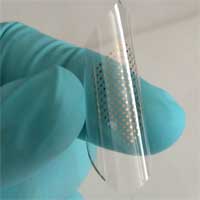 The problem with most current hydrogen sensor designs is that they are built on rigid substrates, which cannot be bent, and therefore, their applications might be limited due to the mechanical rigidity. In addition, they use expensive, pure palladium. A new type of sensors is bendy and use single-walled carbon nanotubes to improve efficiency and reduce cost. In the example of the space shuttle, laminating a dense array of flexible sensors on the whole surface of a pipe can detect any leakage of hydrogen prior to diffusion and alert control units to remedy the malfunction.

Nanotechnology could clean up the hydrogen car's dirty little secret

Back in January, when the U.S. president announced his hydrogen fuel initiative and proposed to spend a total of $1.7 billion over the next five years to develop hydrogen-powered fuel cells, hydrogen infrastructure and advanced automotive technologies, he said that it will be practical and cost-effective for large numbers of Americans to choose to use clean, hydrogen fuel cell vehicles by 2020. According to the U.S. Department of Energy's (DOE) Hydrogen Program, the government's goal is to achieve "technology readiness" by around 2015 in order to allow industry to make decisions on commercialization by then. That's only eight years to go. Given where the technology is today, this goal seems very ambitious, to say the least. Nanotechnology could help speed up the journey to the hydrogen society, but it will take some sensational breakthroughs on the way. The three key areas for the vehicles (we will not touch on the infrastructure issues here) are clean - the emphasis is on clean - hydrogen production, hydrogen storage, and the fuel cell itself. We'll take a look at how nanotechnology will play a role in these areas.

Fuel cells are electrochemical energy conversion devices for the direct conversion of the chemical energy of a fuel into electricity. They are among the key enabling technologies for the transition to a hydrogen-based economy. Of several different types of fuel cells under development today, polymer electrolyte fuel cells (PEFCs) have been recognized as a potential future power source for zero emission vehicles. However, to become commercially viable, PEFCs have to overcome the barrier of high catalyst cost caused by the exclusive use of platinum and platinum-based catalysts in the fuel-cell electrodes. Researchers at Los Alamos National Laboratory now demonstrate a new class of low cost (non-precious metal)/(heteroatomic polymer) nanocomposite catalysts for the PEFC cathode, capable of combining high oxygen-reduction activity with good performance durability. The results of their study show that heteroatomic polymers can be used not only to stabilize the nonprecious metal in the acidic environment of the PEFC cathode but also to generate active sites for oxygen reduction reaction.

In the future hydrogen economy, nanotech-based H2 sensors will be widely needed

In the future hydrogen economy, hydrogen (H2) sensors will be a critical component for safety and widely needed. For example, H2 sensors will detect leaks from hydrogen-powered cars and fueling stations long before the gas becomes an explosive hazard.