The European Commission acknowledges that nanomaterials are revolutionary materials and that important challenges exist in regard to hazard and exposure assessments. Yet, they conclude that current risk-assessment methods are applicable to nanomaterials. Scientists argue that significant changes to REACH and the accompanying annexes are required to answer the call made by the public, downstream users and progressive businesses for clearer and more definite regulatory rules specific to nanomaterials.

The first part of this survey, which we posted yesterday in our Nanowerk Spotlight, introduces nanotechnology policy making and the reasons for its complexity, and offers a panorama of the set of mandatory tools that are currently available to regulate nanotechnologies. The second part, today, provides an outlook of the set of voluntary tools that coexist with the mandatory ones. For the voluntary environmental programs that are in place for nanomaterials, governments are urging companies to submit health and safety information on the nanomaterials they produce or commercialize.

Complicating things, science is quite divided on how to assess nanotechnology materials and applications. Consequently, as the public discussion about the regulation of nanotechnology in general, and nanomaterials in particular, heats up, emerging opinions on the applicability of existing regulation differ substantially and so do views on which regulatory options best address the current lack of information about environment, health and safety risks of nanomaterials, as well as the regulatory uncertainty and concerns expressed by the politicians, members of the public and industry, and investors. A new, two-part survey outlines the different frameworks policy makers have developed.

The EU code of conduct for nanosciences and nanotechnologies research

Will nanotechnology impact future global security? According to Jayshree Pandya, such technology is indeed about to change large-scale security dynamics, defense policies and possibly even the global balance of power. All states are eager to benefit from nanoscience, nano-engineering and nanotechnology initiatives - either directly or indirectly. While most states do not yet have dedicated nano-defense initiatives, rapid advances within the aforementioned fields are exciting many and becoming a cause of concern for the rest. 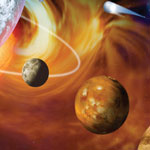 A new report, which reviews the history of nanotechnology research and development at NASA over the past 15 years, shows that NASA is the only U.S. federal agency to scale back investment in this area. The study argues that nanotechnology has the proven capability of revolutionizing most areas of technology that will be critical to NASA's future missions: The agency needs a bolder plan for R+D to match the requirements of those missions and to recapture its place at the forefront of nanotechnology. But it's not as if NASA doesn't have any ideas as to how nanotechnologies could be used to advance space technologies. In 2010, the agency drafted a 20-year Nanotechnology Roadmap as part of its integrated Space Technology Roadmap. According to this document, nanotechnology can have a broad impact on NASA missions.

On voluntary and obligatory nanotechnology labelling 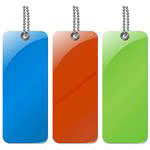 Labelling is a central regulatory tool for risk governance. It aims at meeting a number of goals: It should enable consumers to make informed purchase decisions, avoid consumers being misled and promote innovation. Hence, consumers take part in the risk management of different product groups. Labelling of nanotechnology products has been part of the early discussion on nanotechnology regulation, both at national and EU level. Member states have refrained from independent national initiatives. However, nano-specific labelling obligations have been adopted in European law for cosmetics, food and biocidal products. In contrast, international initiatives for voluntary labelling have not succeeded on the market.

Nanotechnology and the environment - Hazard potentials and risks 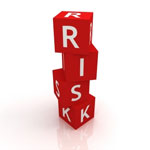 There is currently no clear evidence that engineered nanoparticles pose a significant threat to the environment. Nonetheless, major gaps in our knowledge exist. The present dossier illustrates the problems in the field of environmental analytics, presents the current state of knowledge on the fate and behavior of ENPs in various environmental compartments and provides an overview of the preliminary results from ecotoxicological research and from model calculations of exposure assessments. At present, ecotoxicological research focuses primarily on controlled laboratory studies involving cell cultures or model organisms. One of the major critiques here is the use of unrealistically high dosages1 Overall, no definitive conclusions can be drawn on whether environmental damage can be expected or not.